Home Games GTA 6 Might Feature a Red Dead Redemption 2 Detail: What to Expect 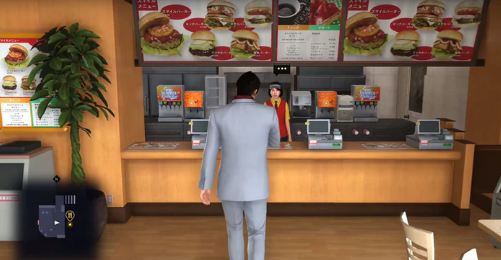 GTA 5 set the trend for open-world games with its sleek realistic rendition of Los Angeles and a cool cast of deranged characters.

Rockstar Games’ crime adventure has offered gamers worldwide endless options to get the feeling like they’re actually there, in GTA 5’s mad world. But, there’s one Red Dead Redemption 2 detail that GTA 6 really needs to introduce to boost the experience and make it more lifelike than ever. Here is what you need to know.

GTA 6 Should Add An Eating System

Rockstar Games could give GTA 6 its eating system that influences characters’ stamina and health like Arthur Morgan “experienced” in Red Dead Redemption 2.

Food is nothing more than a concept in GTA 5 because the only option for characters is to grab a snack at a convenient store. At the same time, other restaurants such as Cluckin’ Bell or Burger Shot across Los Santos are inaccessible.

Now that the next GTA part is reportedly in development, it’s time for devs to rethink how players relate to food, explicitly letting them enhance stats and modify their appearance based on diet.

Red Dead Redemption 2’s eating system allows players to keep their base Stamina, Health, and Dead Eye gauges, which would boost every stat’s regeneration rate. Eating too little or too much would influence Arthur’s weight, which would also have some drawbacks and bonuses. For instance, heavy players could take more hits, but the slim ones could run for longer lengths.

GTA 6 could introduce such concepts and allow players to have more control over how they want to play. But Red Dead Redemption 2 is all about feeding Arthur and survival with anything players can scrap together, while the GTA series is mainly about excess. To develop GTA 6’s eating system fit the environment, Rockstar Games could take some hints from Yakuza 6: The Song of Life.

An eating system like Sega’s Yakuza 6: The Song of Life would have been fantastic for GTA 5, but the speculated scale of GTA 6 could take this idea to another level.