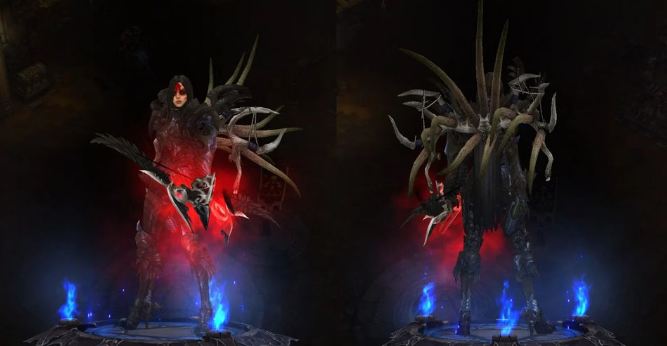 The 20th anniversary of Diablo 2 arrived and went without much fuss. While there was no statement released about a remastering of the game, players still can enjoy a little surprise.

To celebrate the event, every player who logs into Diablo 3 on the console or PC will receive a free pair of Prime Evil Wings. Unfortunately, there is no exact duration listed for getting these items. We should be able to log in for a few weeks and still get them. Here is what you need to know.

The Prime Evil Wings: Features and Other Details

The wings look fantastic on all characters, and like other cosmetic wings, they’re designed after one of the most notable figures from the story lore. The wings feature now Tor’Baalos, the Lord of Destruction in mind, also known as Baal, one of the three Prime Evils. Given Baal’s prominence in the expansion of Diablo 2: Lord of Destruction, the wings’ design is perfect.

While the free cosmetics stuff is a treat this long after the launch of Diablo 2, it is a shame that we didn’t receive any details about a remaster for Diablo 2. To ensure that speculations did not start flying around, the Community Manager PezRadar made a strange move of pre-emptively confirming that no details were forthcoming. He said: “[…] before this hype train goes off the rails, we wanted to clarify that there are no upcoming Diablo announcements in June.”

Currently, we can expect the next massive Diablo game release to be focused around two titles, Diablo 4 and Diablo Immortal. Based on the timing of each game’s first report, Diablo Immortal should be the first to arrive, possibly later this year. Meanwhile, Diablo 4 is still in the early stages of development – at least that’s what Blizzard said. The developers should release more details in the coming months.